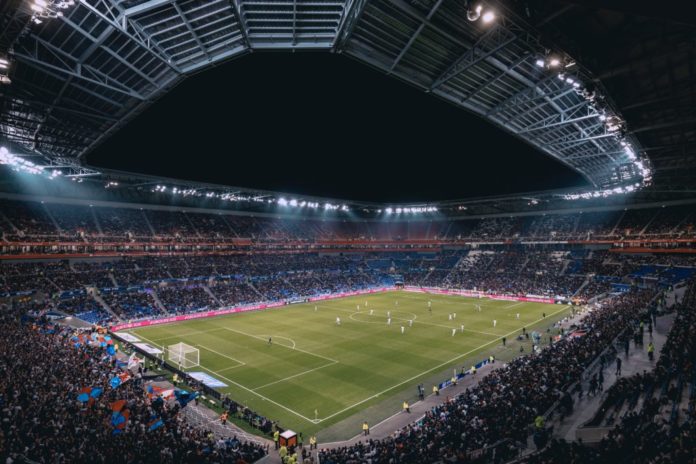 With LAFC now having an (extremely successful) inaugural campaign under its belt, the announcement brings with it an added level of excitement for rematches and budding rivalries. Not to mention new chances to measure up to the league’s best.

And LAFC will be facing off against the best from the first whistle.

In a welcome turn of events compared to 2018, when the expansion club started the season with a six game road trip, the LAFC 2019 regular season schedule has them beginning their campaign at home against the two Western Conference Finalists from last year. The club — and their incredible fans — welcome Sporting KC into Banc of California Stadium on Sunday, March 3rd, at 5pm on ESPN. The Portland Timbers enter the lion’s den one week later at 4:30pm on Sunday, March 10th, on FS1.

Proving themselves to be entertaining in their very first season, the LAFC 2019 schedule has the club appearing in 16 nationally televised matches.

LAFC will play 34 games, 17 at Banc of California Stadium and 17 away. They will face each of the Western Conference opponents twice to make up 22 of their games. The other 12 games will be played against teams from the Eastern Conference, with six games being played at home (CIN, CHI, MTL, ATL, NY, TOR) and the other six on the road (NYC, DC, CLB, NE, ORL, PHI).

There are a few notable and exciting matchups that should help deepen the rivalries between Western Conference clubs. LAFC have back-to-back “home and homes” against Seattle Sounders FC (April 21 and April 28) and FC Dallas (May 16 and May 19).

LAFC also have some fun Eastern Conference clashes at Banc of California Stadium on the slate. They’ll play the newest expansion club FC Cincinnati for the very first time on April 13th. Newly crowned MLS Champion Atlanta FC will also be coming into town, and LAFC will be looking to avenge the 5-0 thrashing they received in Atlanta in only their 4th game as a Major League Soccer franchise last season.

Most importantly, LAFC play the Galaxy in Carson on Friday, July 19th, and host them on August 25th.

The LAFC 2019 regular season schedule concludes with a Decision Day clash at the Banc against the Colorado Rapids on Sunday, October 6th. The newly announced single elimination playoff format will then begin on October 19th.