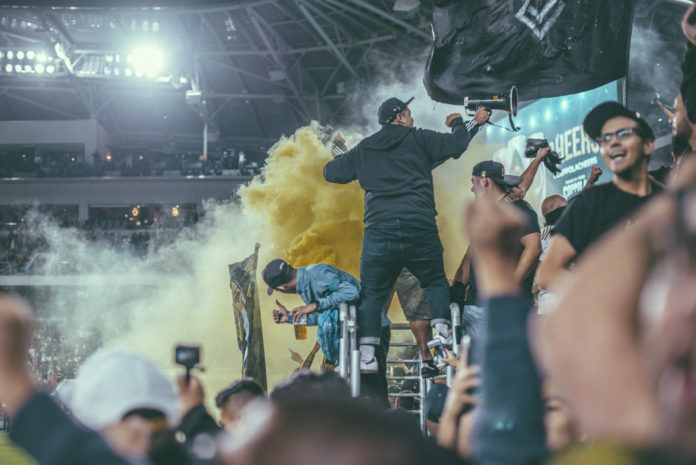 Vela announced himself to the league in 2018 with 14 goals and 13 assists and captained LAFC to their first ever playoff appearance in their inaugural season in Major League Soccer. He captained the MLS All-Star team as well.

Evidently, he was just getting warmed up.

Vela returned in 2019 looking more polished and comfortable than ever and got off to a scintillating start to the campaign. In LAFC’s first five games, he netted six goals and piled on three assists. His form stayed blistering hot throughout the season, even after a mid-season knock threatened to derail his momentum.

With his 34 goals to capture the 2019 MLS Golden Boot, Carlos Vela has put himself in some elite company worldwide. As of now he stands fifth among all of the major leagues around the globe. Lionel Messi is the current top scorer in La Liga with 36 goals for Barcelona, and Kylian Mbappe scored 33 for Paris Saint-Germaine.

The marks don’t stop there. Vela is the first MLS player to win the MLS Golden Boot and also finish the season with an average of more than one goal per game. He also finished the season with an astonishing 15 assists, which was good enough for third place on the year. The goal contribution mark of 49 (goals plus assists) annihilates the previous record of 38 set by Toronto FC’s Sebastian Giovinco in 2015.

As Captain, Vela led his team to one of the finest seasons in league history. LAFC clinched the Supporters’ Shield weeks ago. They finished the campaign with 72 points (21-4-9), which is the most by club in league history. And now they’ll be hoping to ride the 2019 MLS Golden Boot winner into the MLS Cup Final.

The LAFC Academy owes Vela a great deal of gratitude, too. With his 34 goals, he single-handedly raised $34,000 for the Academy through the “Audi Goals Drive Progress” program. The program is designed to boost academy resources for player education, housing and transportation.

Can I Kick It? LAFC adidas Original Samba to Be Released August 22

That thing you heard about MLS MVP Carlos Vela opting out of the MLS is Back Tournament in Orlando? It’s devastatingly true. Though the news...
Read more
News
00:02:14

LAFC Schedule for MLS is Back Tournament Announced

The LAFC schedule for MLS is Back has been announced along with all of the other dates, times and fixtures. Additionally, the details for...
Read more
News
00:01:48

GOAL! MLS is Back Tournament Kicks Off July 8

Major League Soccer announced the MLS is Back Tournament today, their plan to resume the 2020 season. All 26 clubs will be competing at...
Read more
News

MLS Announces Return of Individual Player Workouts for May 6