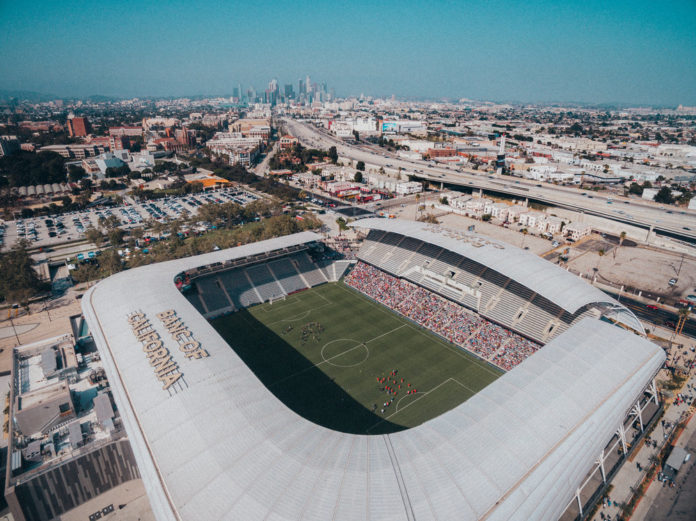 In a joint statement today, LAFC and Banc of California, N.A. announced that the two parties will undergo a stadium naming rights partnership restructure.

While Banc of California will eventually step away from its LAFC stadium naming rights in the partnership restructure, they will, however, remain on as LAFC’s primary banking partner. They will continue to partner on a number of other collaborations as well.

The stadium naming rights partnership restructure gives LAFC a chance to add more sponsors and additional partners that will help boost the club in the future.

“Banc of California has been honored to play a key role in the formation of LAFC and the establishment of Banc of California Stadium which is now a sports landmark in the heart of Los Angeles. We are especially proud of our joint community outreach initiatives which include our financial literacy program and more recently COVID-19 blood drives at the stadium. We look forward to continuing our collaboration with LAFC to support the Club and to serve our community.”

In August of 2016, Banc of California officially became the naming rights partner for LAFC’s $350-million, state-of-the-art downtown Los Angeles stadium. The site is home to a number of sporting events, concerts, festivals and other events.

And most importantly, of course, Los Angeles Football Club.

Since hosting their first home match in April of 2018, LAFC has sold out 44 consecutive Major League Soccer matches at “The Banc.” That’s, well, every single one of them. The club has a staggering 18,500 season ticket holders.

On top of that remarkable accomplishment, LAFC has made itself home to many awards. In 2018, Tom Penn was named Los Angeles Sports Council’s 2018 Sports Executive Of The Year.

In 2019, only their second campaign in the league, LAFC won basically everything that could be won — save for the MLS Cup. They won the Supporter’s Shield while breaking the all-time league records for points in a season and goals in a season. Bob Bradley was voted Coach of the Year. And Carlos Vela shattered the single season goals record as well as the goals and assists record en route to completing the greatest season in MLS history with a landslide MVP win.

Organizationally, LAFC was named to an extremely prestigious list, Fast Company’s annual World’s Most Innovative Companies for 2019. They also received an avalanche of smaller awards and tributes, including being named to Front Office Sports’ Best Employer in Sports List and Front Office of the Year by the Independent Supporters Council.